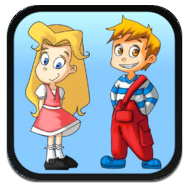 The ONLY sentences app that can be fully customized with your own pictures, words and sentences.

We worked closely with teachers, parents and kids to design and test this app.
Students can move the words around to build the sentence themselves. Start with the built-in sentences. Then create your own sentences, use your own images, and use your voice to record your own sentences and words.

Each word can be clicked for the sound of the word, and words can be rearranged to make a proper sentence.

The app starts with simple sentences and progresses to more complex sentences. The sentences focus on daily life situations, with many references to numbers, colors, and dialogue.

This app is ideal for self-paced learning or home schooling. It teaches kids grammar, sentence structure, and develops their listening skills.

This game is is like having a private tutor to teach your child one on one. 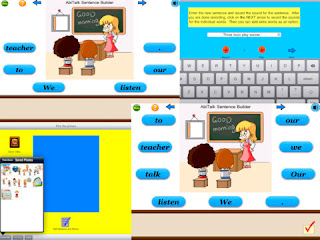 
Price and Availability
Sentence Builder App is available at the app store for $2.99 for iPad 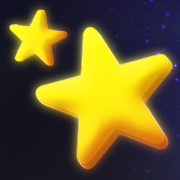 Little Star Review
Sentence Builder App is a fantastic app that has everything , all the lessons  you need to teach your child ,  you have your very own personal Tutor .
you can either use the preselected lessons or you can create your very own lessons .
which i found great as my son is not is the general level other apps use to build their apps on. 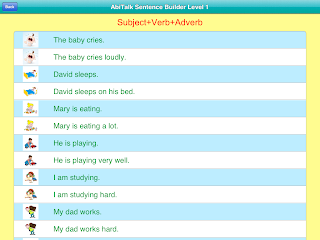 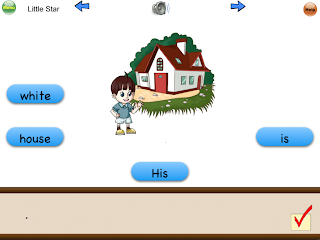 So let's go with the preselected first . You have 2 levels
The first level is the basic , let's go with Colours and Numbers .
You start the lesson which as 25 sentences to work with and it works through all 25 sentences .
The first one is " His house is white."
it first says the whole sentence , Then the child has to move each word into the sentence .
while pressing each word it says the word the child has chosen . 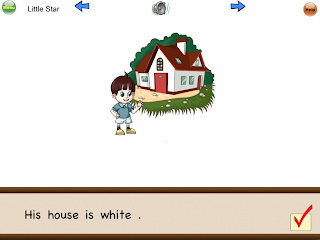 Even if they can't read they can do it by listening to the words  to see if they have it right you click on the tick and it will either cheer or make a sound to say it is wrong so you have to try again .
Once the child has the sentence in the right order it says the sentence again and the child is rewarded with people cheering and a little Diamond sparkles . then it moves onto the next sentence . 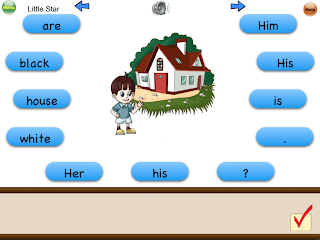 On the harder Level 2
going with the same "His house is white. " it says the exact same sentence but this time it has all added words  so the child has to work out the right words , either by pressing the word or reading it . 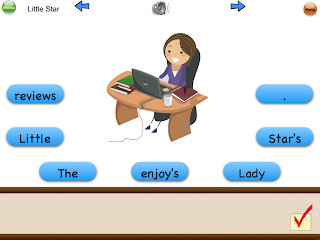 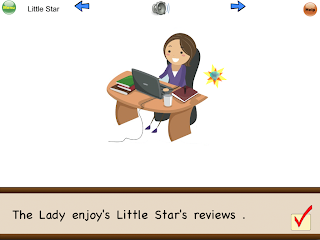 
Posted by LittleStar Apps.Reviews.Giveaways at 19:51